The Importance Of Goal-Directed Behaviors To Buyer Personas 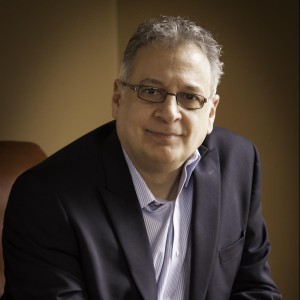 In nearly every walk of life, goals are a major influence on what we do, think, feel, and the actions we take on a daily basis. For example, we may decide to skip the fudge brownie desert in light of the health goals we are pursuing. On a much larger scale, goals are at work influencing choices and high stake decisions such as investments in new technology or services.

One of the largest influences on the conceptual development of personas has been the body of work and research on goals. More specifically, what is referred to as goal-directed behaviors. A major theme in the social sciences, prior to and since the introduction of personas, is attempting to understand how individuals and groups make choices. It has been predominantly found and recognized that the pursuit of a choice or choices is largely goal-directed.

The Pursuit Of Choice

This goal-based conceptual framework is the bedrock foundation of buyer personas. It has also led to a very precise and robust goal-directed methodology for buyer persona development. This methodology is designed to uncover goals and goal-directed buying behaviors customers and buyers exhibit in their pursuit of a choice or choices (decisions). Resulting in a modeled archetypal representation of buyers and their goal-directed behaviors leading to choices and decisions.

Goals Have Been Largely Ignored In Marketing And Sales

In the world of traditional marketing and sales, much of the focus has been on attempting to understand the “buying process”, or of late, the “buyer’s journey.” In the modern digital world, this continued focus on process leads to some very inherent problems. Which, accounts for many of the reasons why businesses continue to struggle in connecting with buyers.

We can break down these inherent problems into several areas:

Buyer personas and the development methodology can be very powerful in informing strategies on how to best connect and market to buyers. That is if they are truly developed within the intent and context of understanding the underlying goals that drive people to make the choices and decisions, which are before them. It involves the use of a goal-directed methodology to understand buyers within this context.

A simple yet profound declaration can be made here. Which is, buyer personas are rooted and founded on the principle of understanding the influence of goal-directed buying behaviors.  Within a larger context, buyer personas are an element of a human-centered approach to marketing focused on fulfilling goals.  It involves using a goal-directed research and modeling methodology.   If buyer personas are not developed within this context – then they truly are not buyer personas. Simply stated, what they represent is factors-based as well as process-based profiling of buyers.