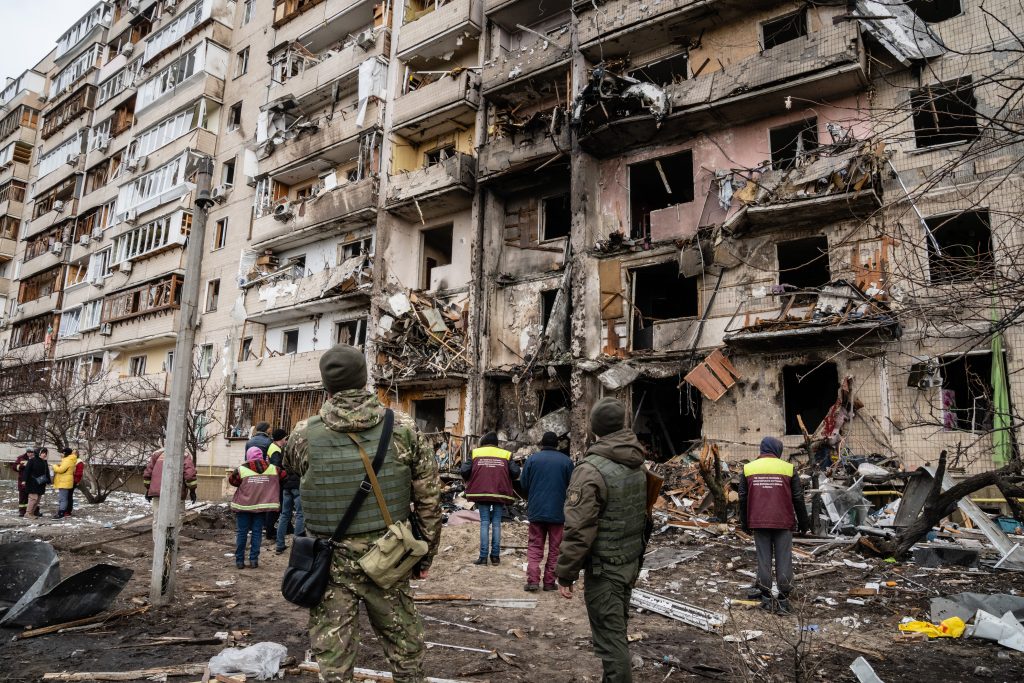 Commercial and Political Responses Must Resolve to Stop Russian Aggression

Nearly ninety years ago, we saw a forceful head of state annex what he called “homeland” territories.  Made sham promises to countries such as England.  Invade countries under false pretexts such as Czechoslovakia.  The threatening clouds of his real designs were visible yet deemed as something he would never do.  The world watched.  Failing to respond commercially or politically.  Such failure did not stop the rise of Adolf Hitler and his aggression that led to World War II.

Ultimately, Hitler’s carnage resulted in destruction, devastation, the atrocities of the Holocaust, and the deaths of over an estimated 75 million people.  The potential parallel to today’s Russian-Ukrainian War is striking.  Putin’s drive to wreak destruction and devastation is being seen and watched by the world thanks to brave media coverage.  The scenes of innocent civilians being killed, and the bombing of both civilian and government structures is criminal.

Striking as the similarities are, we must ask if the free world is willing to learn from history?  Will we allow such devastation and atrocities to take place on the world stage?  Will we respond with both humanitarian and economic goals in mind?

Putin’s designs are to return to a world before the collapse of the Soviet Union.  And reclaim free statehoods into the sphere of Russia as puppet states.  It is becoming increasingly clear that Putin will not stop at Ukraine if left unchecked.  While crippling sanctions have been implemented and the E.U. and the U.S. have rallied united in its denunciation of Russia, it is still not enough.  It has not been enough to stop the wanton shelling and bombing of civilians and targets in Ukraine.

What must the world, the E.U., and the U.S. do?  How can they act commercially?

Politically, the free world can respond by:

These commercial and political choices are not easy ones.  Some will say such actions will lead to a catastrophic World War III.  Are we not already at the beginning?  Will we be destined to avoid the inevitable if we do nothing now?  As was the case some ninety years ago?

The Biden Administration, leaders of the European Union, and the NATO Alliance must take the lead in shaping the outcome.  As opposed to allowing Putin to voice threatening stances rife with nuclear weaponry threats and further aggression implications.

Ninety-plus years ago, Hitler used the threat of annihilation and war to weaken western resolve.  Eventually clearing a path for invasion and conquer.  Are we doomed to have history repeat?  Will we watch idly the screens on our TVs, phones, computers, and tablets devasting images of malicious bombings?  And the slaughter of civilians?  Including women and children?

We have reached a moment in history where commercial and political resolve must come together in ways it has not before.  To be on the right side of history. For businesses to stop pretending that it is business as usual. What is at stake is the loss of millions of lives, freedom, free commerce, and democracy.

A world none of us want apart from one man.