(I am pleased to have as guest author for this article Bob Thompson.  Bob is founder and editor-in-chief of CustomerThink.com.  He is also an authority and thought leader in customer experience.  Most recently Bob published a booked entitled Hooked On Customers, which centers on the habits of leading customer-centric firms.)

Several years ago, my first visit to an Apple store was to buy an iPod for my son. Amazing experience. The store had a clean and open design, and the staff was really helpful. When I was ready to buy, I realized something was missing. Instead of a row of registers at the front, the staffer just pulled out a scanner from underneath a table, charged my credit card, printed a receipt, and we were on our way.

Much of the credit for that store design goes to Ron Johnson, Apple’s former senior VP of retail operations. Johnson joined Apple in 2000 after earning his retail stripes at Target and Mervyns. The Apple store design eventually became the biggest success story in retail: twice as productive as Tiffany and seven times the median of the top twenty retailers.

Johnson was hired to reprise his Apple success at a more conventional retailer—JC Penney (JCP). Prior to his arrival, I would summarize the retailer’s pricing strategy as: “If you didn’t buy this on sale, you’re an idiot!” Appointed the CEO in November 2011, Johnson set a new course for the struggling retailer, including fresh store designs and everyday low prices. He hired new executives and told Wall Street the transformation could take four years.

I rooted for Johnson because this sort of courage is all too rare. JCP’s challenge, though, is quite a bit different from Apple’s. First, Apple had killer products. Second, it had a blank sheet to create a new technology retail experience, focused on Apple’s products.

JCP, on the other hand, sells a multitude of products that can be bought elsewhere—like Macy’s, Kohl’s, and more. And JCP has trained its customers to expect price promotions. Some people love getting things on sale, even though oftentimes it’s just an illusion.

Despite proclamations of support from JCP’s board, after losing $4 billion in revenue and a precipitous drop in stock price, Johnson was fired in less than eighteen months. Some blamed the everyday low pricing strategy, which Johnson believed to be more honest. It also seemed Johnson wanted to attract a different kind of shopper—younger, more fashion conscious, less driven by deals.

But he didn’t factor in the time required to remake a brand. Upsetting current customers, by contrast, can be done remarkably fast.

To put it simply: Johnson failed because JCP is not Apple. However, it’s also true that his board didn’t back him for the time required. Amazon.com’s board, by contrast, gave Jeff Bezos latitude to build the firm into what it is today, without worrying about short-term results. 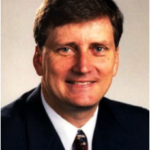